As Houston pulls itself out from a local energy recession, developers are getting more bullish about large-acreage land deals, which have been all but non-existent during the oil slump. 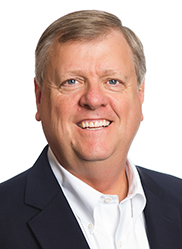 Case in point: Johnson Development Corp.’s latest acquisition — 1,619 acres in northwest Harris County— is one of the largest land deals to close in the Houston area since oil prices plunged in late 2014.

The prolific Houston developer plans to develop a new master-planned community on the site, located southwest of U.S. Highway 290 and Katy Hockley Road, a few miles west of the Grand Parkway.

“Johnson is absolutely the best in the business of knowing where the growth is coming and capitalizing on it,” Ramsey said. “It’s a strategic purchase for them, more of a long-term play.”

Large-acreage land deals are making a comeback in Houston amid the oil recovery, said Ramsey, who keeps a running tally of land deals worth $10 million or more.

Since 2012, Houston has typically seen between 18 to 24 land deals worth $10 million or more, Ramsey said. Last year — during the oil slump — Houston saw just four land deals of that size, he said.

However, this year, Ramsey said he is aware of about 20 land deals worth $10 million or more.

“The land market really came back,” Ramsey said. “It’s finally fun again to be in the land business in Houston.”

“A lot of people realized that Houston wasn’t going to fall off the face of the earth,” Ramsey said. “A lot of local investors who know the market and have seen Houston through its ups and downs are chasing deals.”