Why is Texas the best place to do business? Watch the new Texaplex video.

The Houston region has added the most jobs out of all U.S. major metropolitan markets since the recession took hold in 2007. The Houston area had 43,400 more nonfarm jobs in September of this year than in September of 2007, according to an analysis of the latest U.S. Bureau of Labor Statistics data by The […]

NewQuest Properties has announced the sale of some of its retail assets in Houston and other parts of Texas to Inland American Real Estate Trust Inc. for $172 million. The transaction involved a variety of single- and multi-tenant retail facilities with nearly 900,000 square feet of space. Some of the properties are located next to […]

Missouri City and METRO Celebrate New Park & Ride “Partnership” Against a backdrop symbolizing Missouri City’s strong growth and development over the past decade, residents joined officials and dignitaries on Friday to celebrate the new METRO “Highway 6 Park & Ride partnership”. Gathered in the Fort Bend Town Center, which is anchored by Kroger and […] 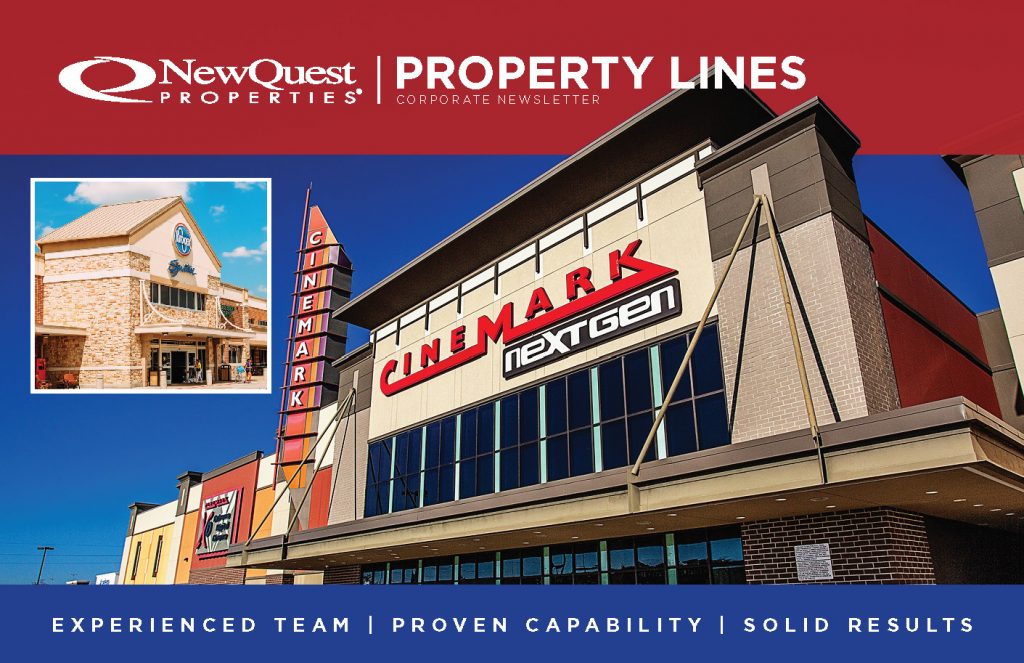